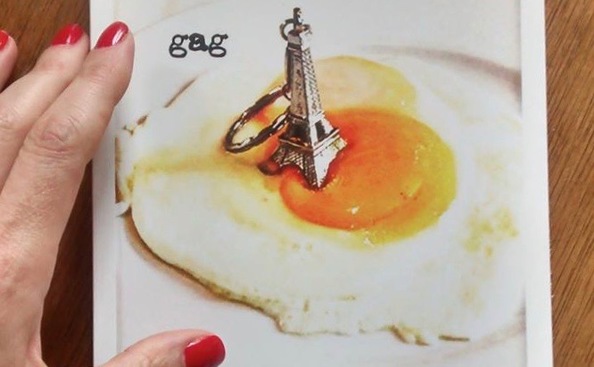 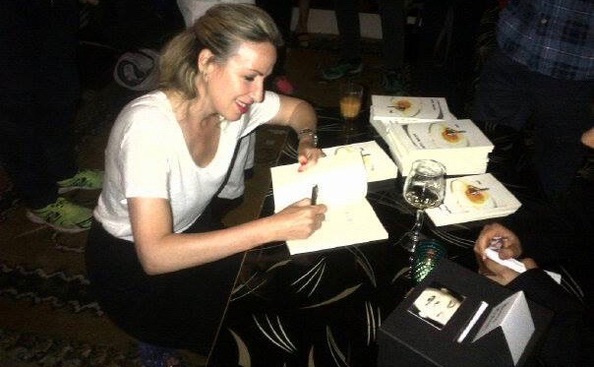 Gag – A novel
by Melissa Unger

Available for purchase HERE and HERE


An offbeat, incisive observation of the ways in which we thrash into and cling onto each other; bursting with vivid dialogue, intricately painted characters and a breathtaking plot, Gag is a fantastically written portrait of two strangers entangled in the most curious of relationships. This inventive novel wanders down unexpected avenues and uncovers the darkest corners of both its characters and the serpentine city in which they converge.


In September of 2004, while on a walk around Paris, a single sentence popped into my head: Peter never ate. Insistent, it kept coming back again and again, in an effort to dissipate it; I put it to paper. The three words called out to me from the page. The short sentence was like some sort of motor, of magnet. I touched my pen back to the paper and let it lead me over the course of a few months, sentence by sentence until I had written enough sentences to make up a book.

Now, what’s interesting about this is not that I wrote those pages; it’s how I wrote those pages. I wrote them unconsciously. Yes, I know…that’s impossible. So, obviously I wasn’t literally unconscious, but I wasn’t using what I consider my conscious mind to write. In other words, I had never written a book before, I didn’t have a plot or outline, characters sketched or any idea at all what I was going to write about. I would just get myself to a quiet place, read the last paragraph I had written and then just pick up where I had left off and keep writing until it felt natural to stop; sometimes it was an hour, sometimes it was 8 hours. It was a strange, invigorating, and somewhat frightening experience.

I tried to explain the sensation to a friend, and the closest I came to expressing it correctly was by saying that it felt like I was driving in a car on a dark road with no idea where I was or where I was going, but I had the headlights on and could just see enough to stay on the road. I would look ahead into the little illuminated patch of ground and keep inching forward. My sense of time was completely altered when I was writing, a whole day could go by in what felt like an hour. Words gushed out of me like an open faucet.

The next day he emailed me a television interview of the French author Patrick Mondiano. When asked how he wrote, he described my experience, verbatim. I knew in that instant that I had experienced the elusive ‘flow’. I had been fortunate enough to accidentally tap into what I now believe is an innate source of
creativity that exists in us all.

I believe that when I sat down to write that first day I wasn’t held back by fear or other typical blocks because I didn’t consider myself ‘an author’ nor did I particularly yearn to be – I had nothing to ‘prove’ or to ‘lose’, so the words just flowed out untainted by my critical conscious mind. And that was the day that changed my life forever.

For those of you who feel something stirring within you, I hope that having read this book and the story of how it came into being will encourage you to express yourself creatively in a manner unhindered by any conscious boundaries or codes. Relax. Good or bad does not exist, those are subjective terms, reach toward authenticity instead. I have come to believe that our truest voice can be found in creative activities in which we release rational thought and allow something other than our conscious mind to fill in the blanks.

I hope GAG will encourage you to take the time to ignite your inner spark. Scintilla animae as it’s called so poetically in Latin. My greatest wish is to inspire you to tap into your imagination, explore your subconscious and to shout your soul through your fingertips.