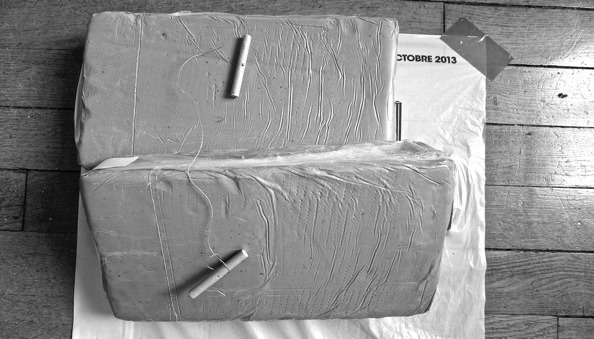 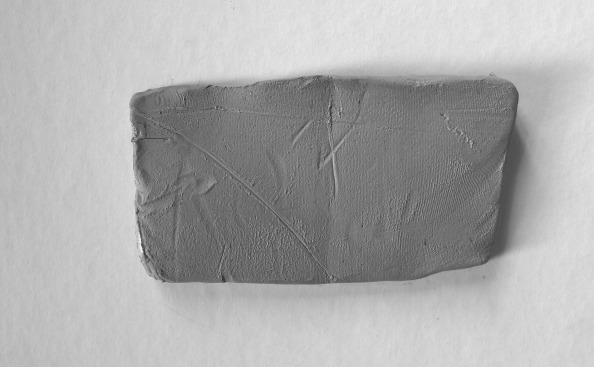 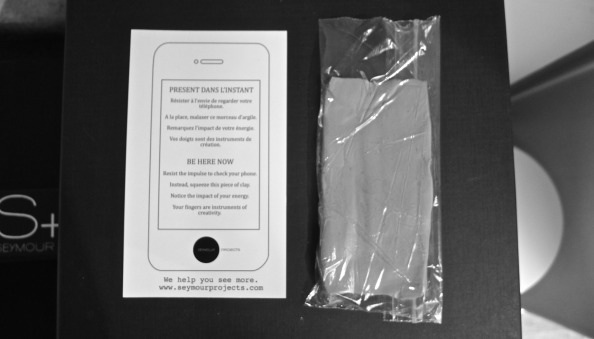 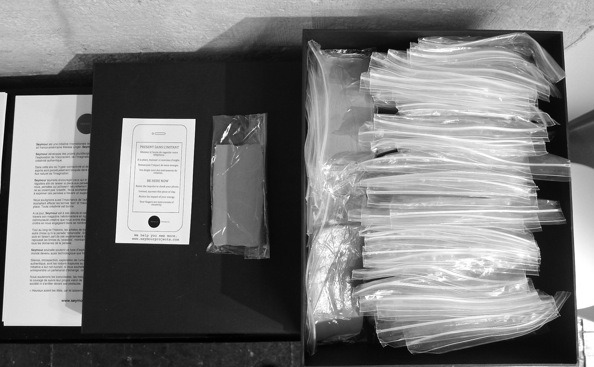 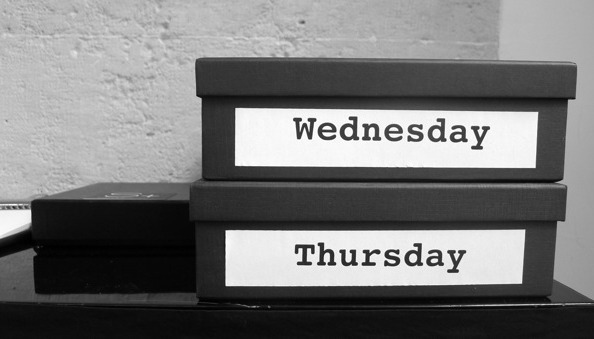 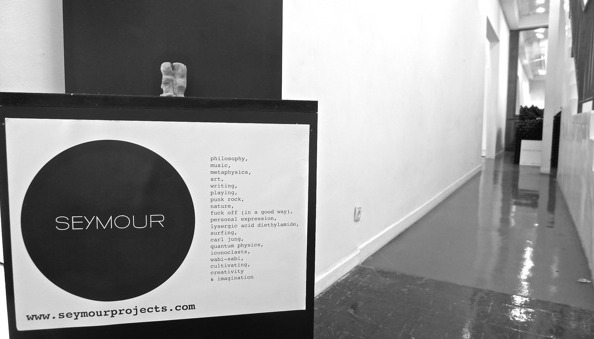 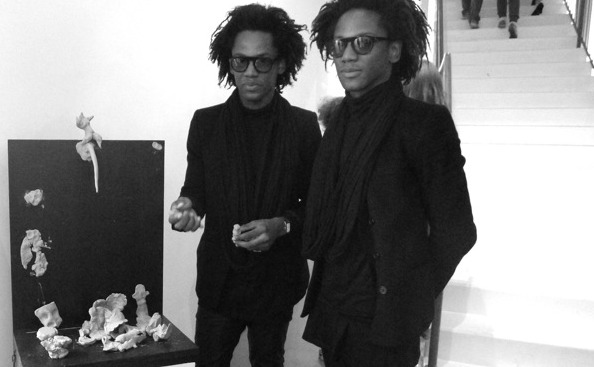 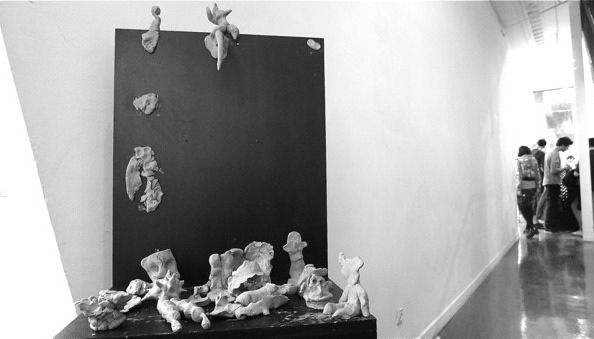 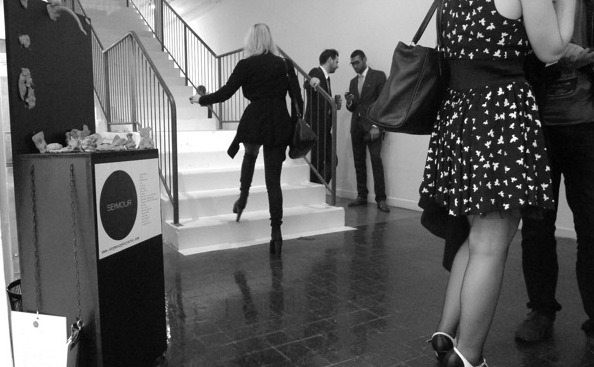 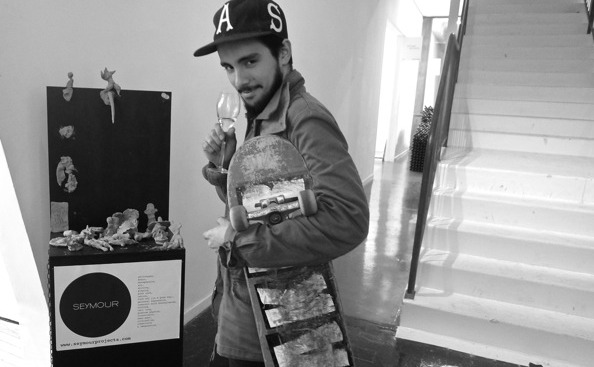 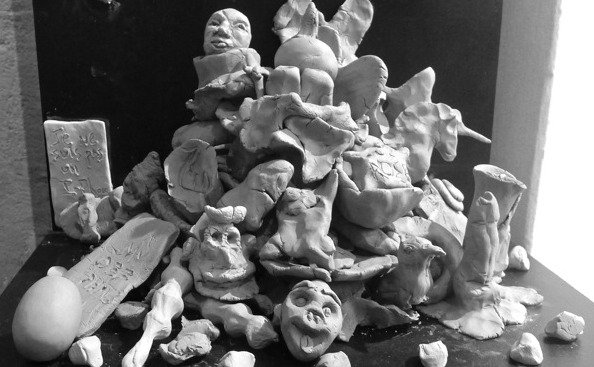 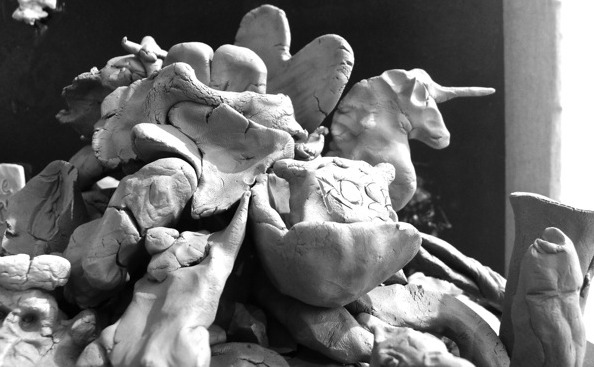 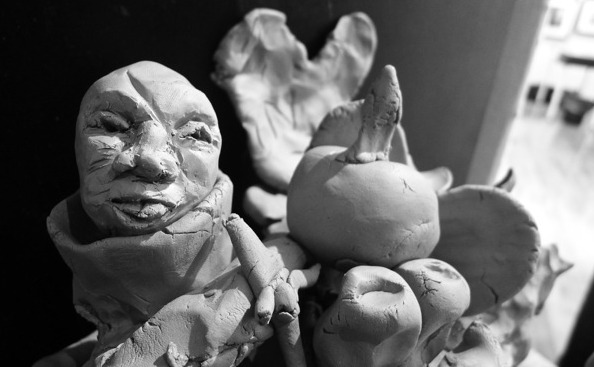 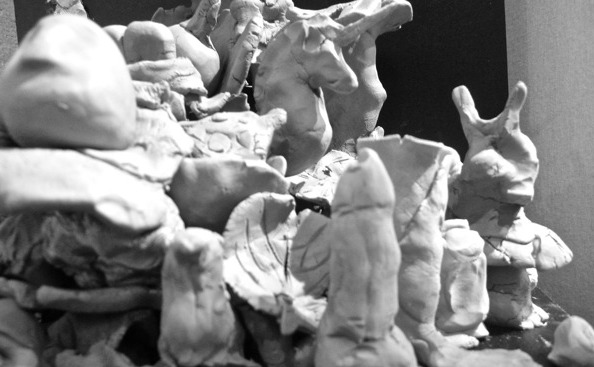 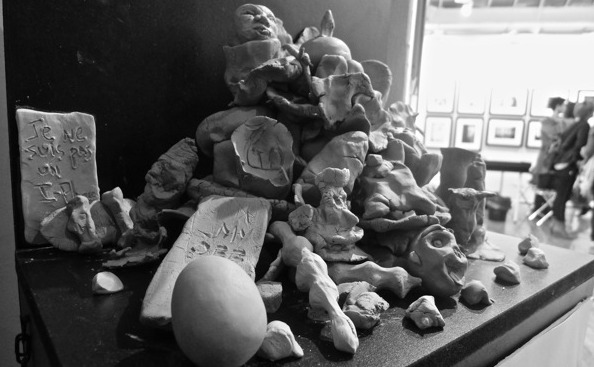 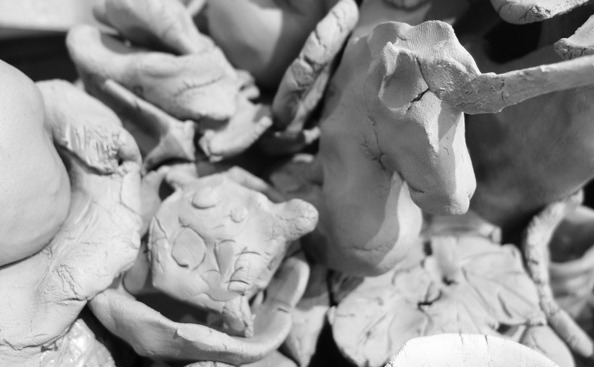 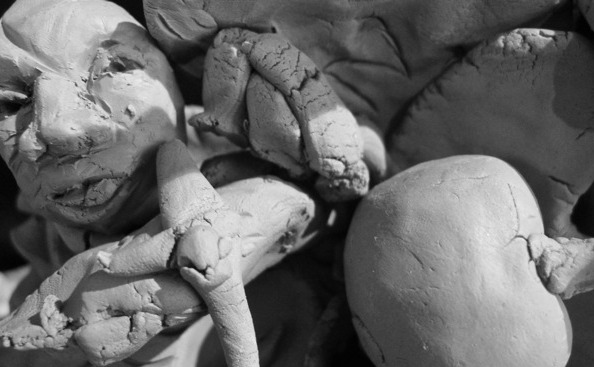 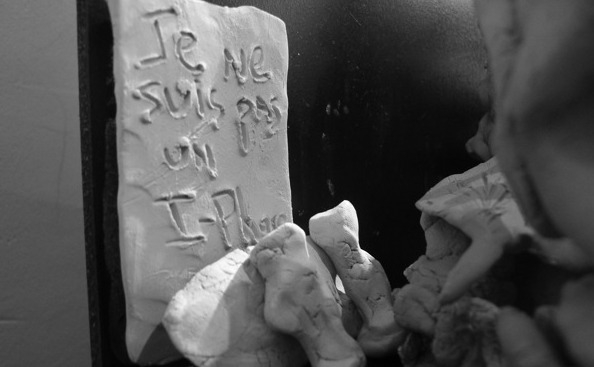 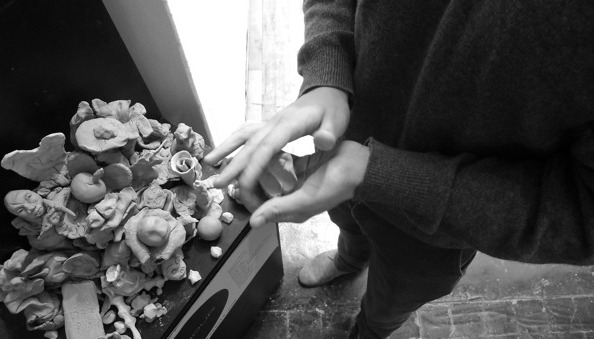 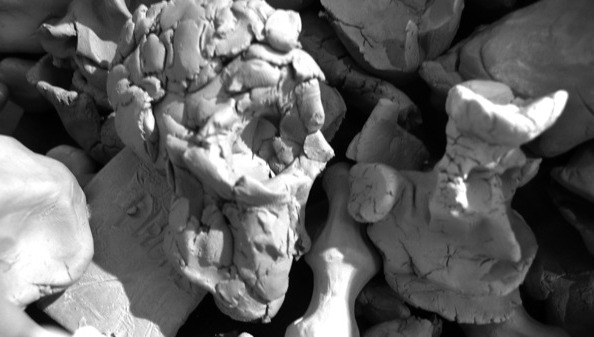 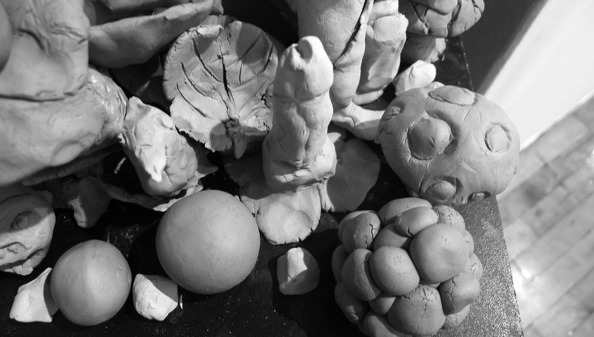 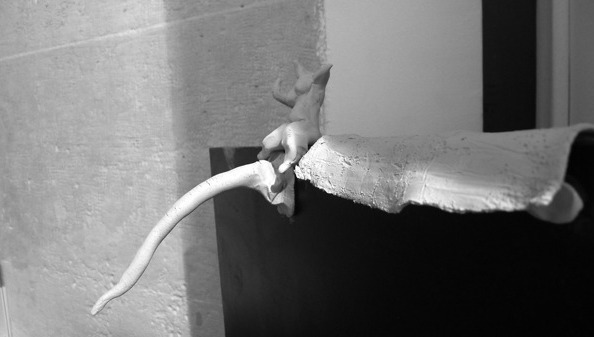 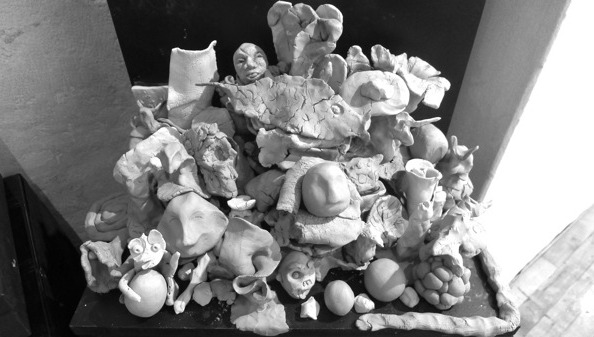 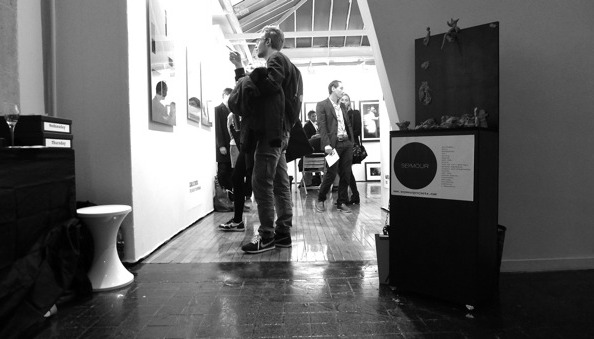 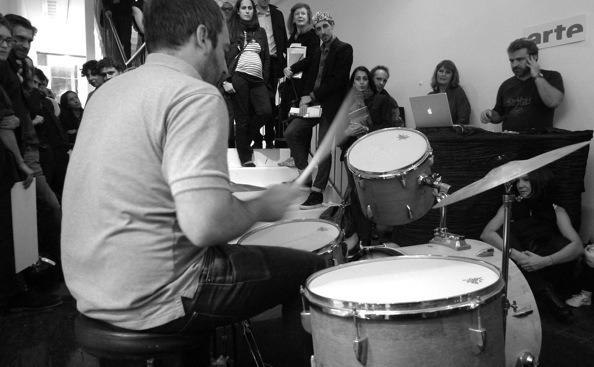 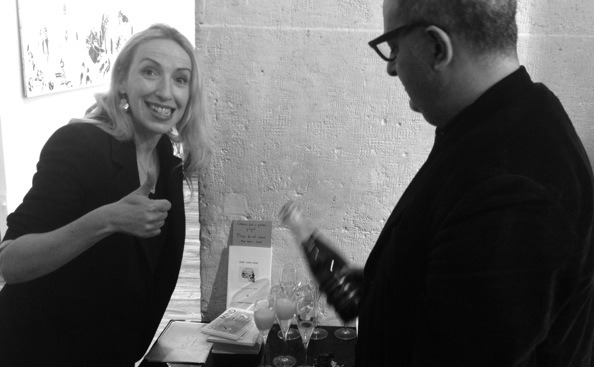 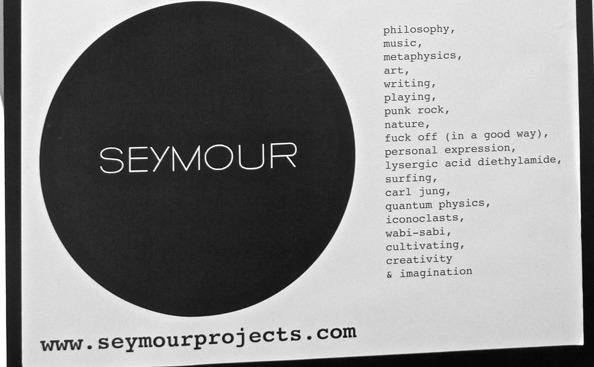 We are pleased to present the photos, description and results of our project created for the 2013 edition of the Cutlog Art Fair which took place at Atelier Richelieu from October 23rd-27th, 2013 in Paris.

We decided to create a playful project that would encourage visitors to the fair to disconnect from technology and be fully present in the moment.

The Seymour booth was placed near the entrance of the art fair. Each time we noticed a visitor with their face tilted downward toward their cellphone, we slipped a small rectangular slab of clay in their hands, along with a card (designed by Nora Lalle) that read:

Resist the impulse to check your phone.

Instead, squeeze this piece of clay.

Notice the impact of your energy.

Your fingers are instruments of creativity.

We then instructed them to stop by our booth again on the way out so that they could add their piece of clay, now charged with their own energy, to what would progressively evolve into a collective sculpture. We imagined that the result would be a large, abstract form; a material representation of, and metaphor for, all of the creative energy people waste when reflexively engaging with their cellphones.

But as soon as the visitors arrived back at our booth after having handled the clay during the time they had wandered around the fair, something surprising happened: rather than simply depositing it in an ‘energy clump’ as we had expected, they continued to squeeze and shape the clay, their eyes lit up and their self-censure melted away leaving room for their innate imagination and creativity to emerge. Every single person who participated instinctively began sculpting a figurative object.

Fully present in the moment, they just basked in the simple childhood joy of playing.  Their imaginations were boundless, they created a wide variety of objects or all sorts and shapes.

We distributed 50 slabs of clay per day for a total of 250 throughout the duration of Cutlog.  A few people asked for extra clay to take home. Some simply couldn’t part with their creations and left with them.

We hope this project will encourage everyone to disconnect from technology once in a while to re-connect with the earth and just play. It’s great exercise for one’s most neglected, most quickly atrophied muscle: imagination.

Special thanks to: Cutlog Art Fair Director Bruno Hadjadj for inviting us, to the entire Cutlog Staff for their kindness and assistance, and to all the wonderful, funny, creative, and willing visitors of the Cutlog Paris 2013 Art Fair.