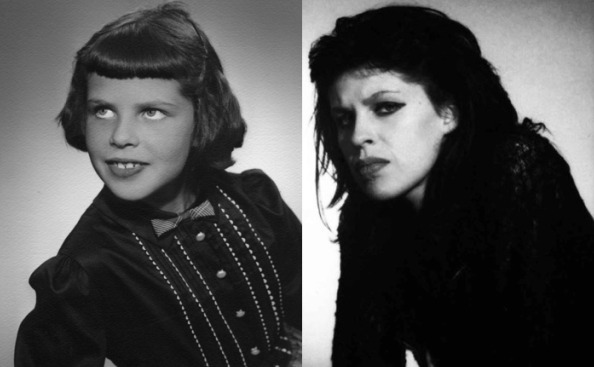 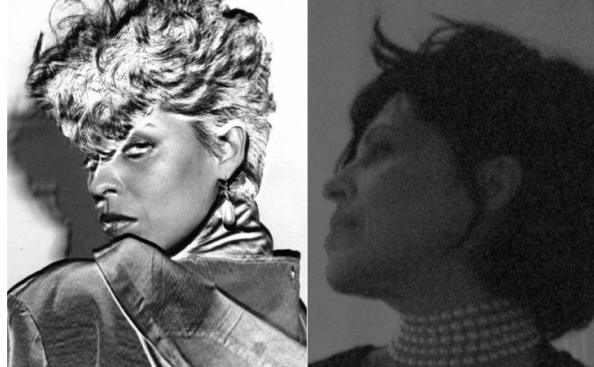 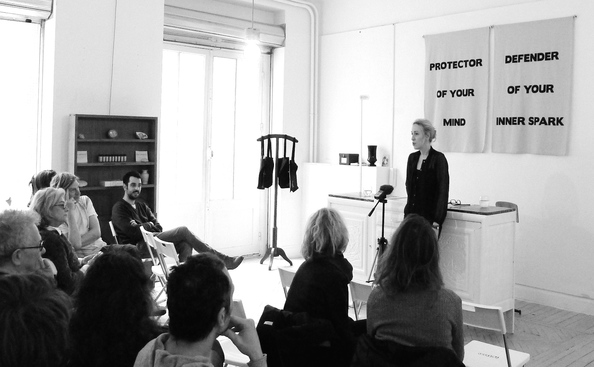 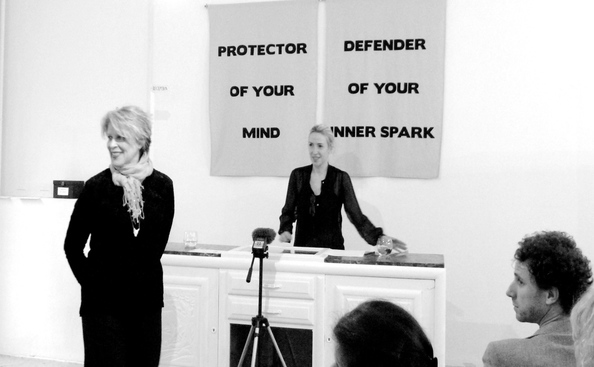 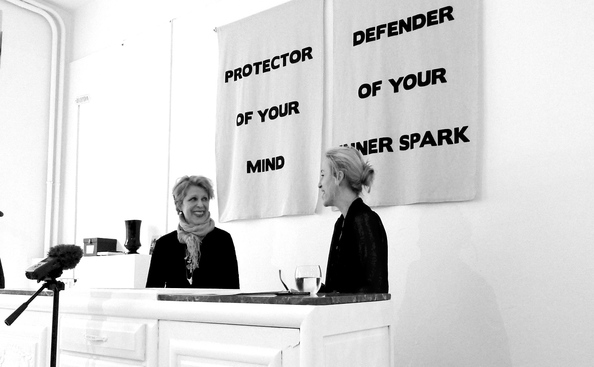 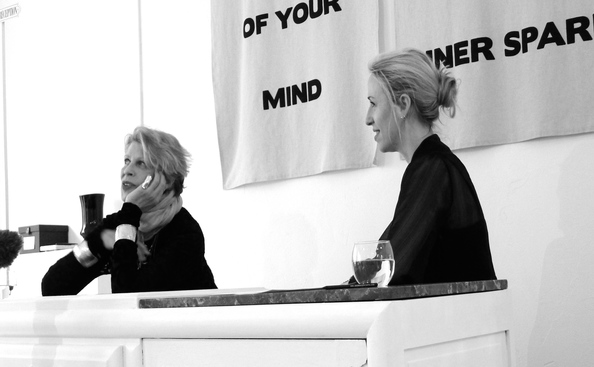 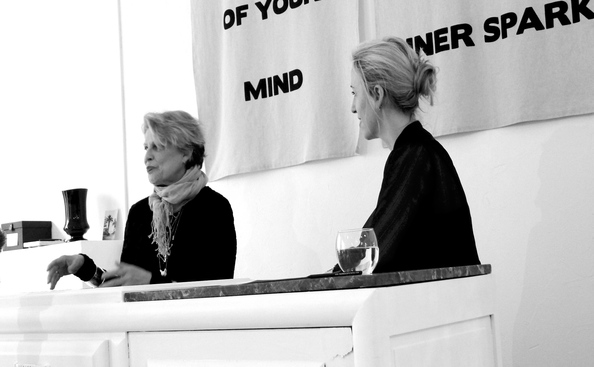 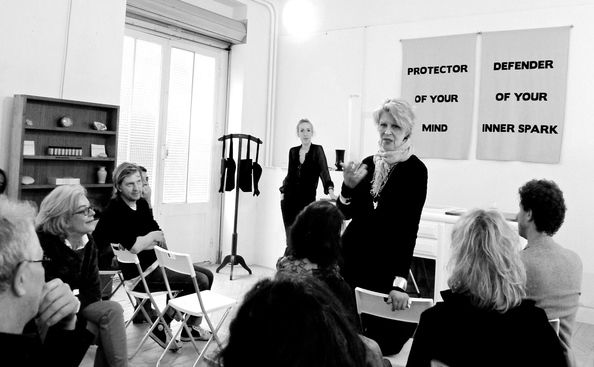 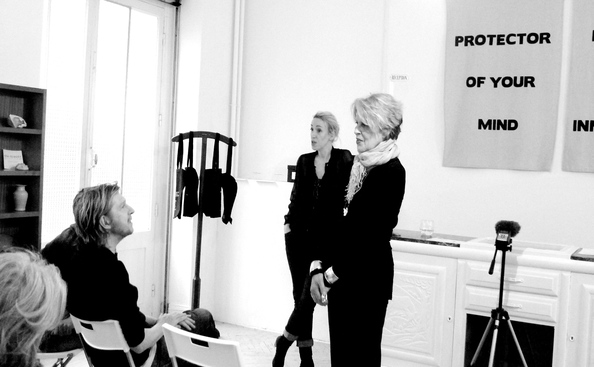 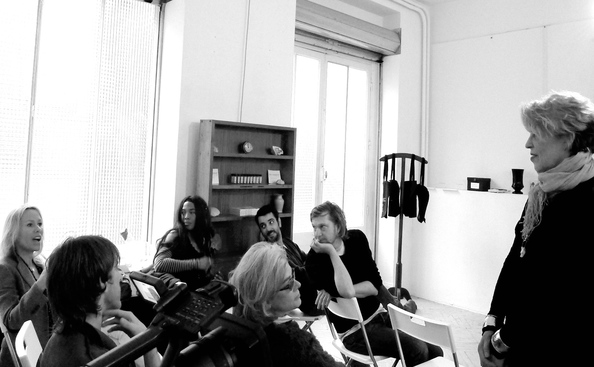 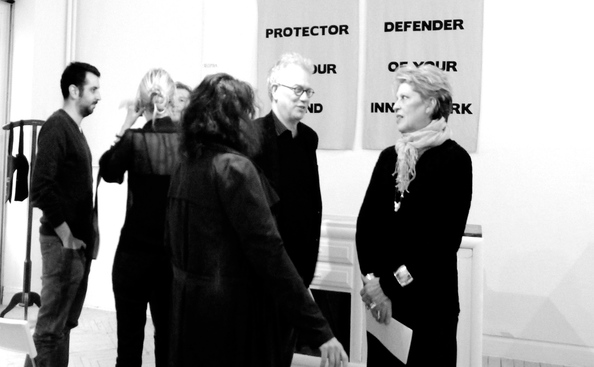 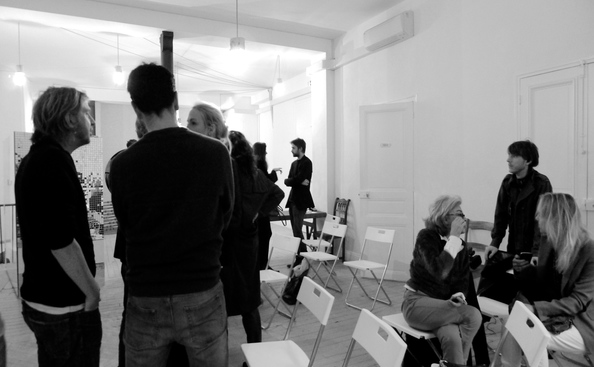 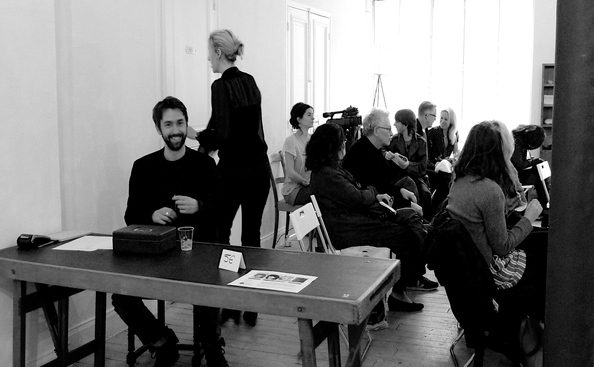 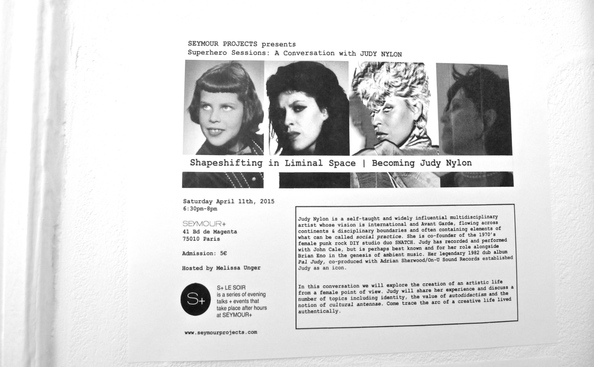 We are excited to announce the launch of S+ LE SOIR – a series of evening talks and events that will take place after hours at the SEYMOUR+ space in Paris.

In addition to the space’s daily function as a place of quietude and creative introspection that offers visitors a respite from technology and other external stimuli we will now also be programming a series of monthly evening events. These after hours happenings will offer an opportunity for discussion and interaction among members of the Seymour community in Paris.

Judy Nylon is a self-taught and widely influential multidisciplinary artist whose vision is international and Avant Garde, flowing across continents & disciplinary boundaries and often containing elements of what can be called social practice. She is co-founder of the 1970’s female punk rock DIY studio duo SNATCH. Judy has recorded and performed with John Cale, but is perhaps best known and for her role alongside Brian Eno in the genesis of ambient music. Her legendary 1982 dub album Pal Judy, co-produced with Adrian Sherwood/On-U Sound Records established Judy as an icon.

In this conversation we will explore the creation of an artistic life from a female point of view. Judy will share her experience and discuss a number of topics including identity, the value of autodidactism and the notion of cultural antennae. Come trace the arc of a creative life lived authentically.


+ Cette discussion sera en anglais. Au futur notre programmation se déroulera en français ainsi qu’en anglais.
++ Doors open at 6:30pm. The talk will begin promptly at 7pm. Please note that due to space/seating constraints we may not be able to accommodate everyone. Whatever happens – stay cool. Placid is the new punk.