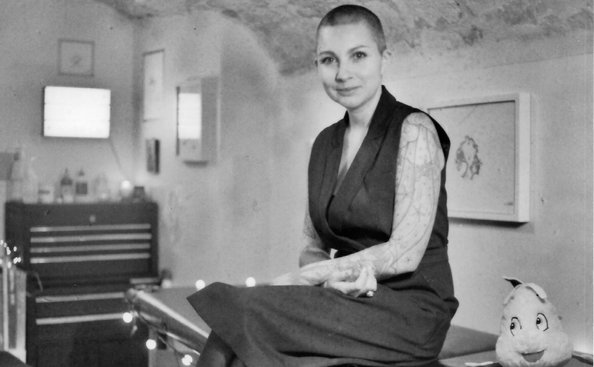 Inspired by her visit to the SEYMOUR+ space, Raphaële, widely renowned for her distinctive, machine-free, handpoke method, will invite her community to come experience the SEYMOUR+ space prior to getting tattooed.

“I would like to invite the people who I tattoo to experience this space that enables self-connection so that they may uncover their “inner spark” which I would then etch onto their skin. This type of approach is directly in line with my method as a tattoo artist; a departure from figurative representation, a shift from illustration to the pure incarnation of symbol. I consider myself as a sort of medium who offers my clients an experience that reveals something invisible, which I then inscribe on their skin. When we initially discuss their project for a tattoo, I endeavor to invite those who are willing to engage with me to access a higher consciousness. I feel it would be magical to invite them to experience the SEYMOUR+ space prior to deciding what their tattoo will be. Because in contrast to certain Buddhist Monks and “Shaman” tattoo artists who chose the motif for their clients, in my case, it would be based on their own experience of personal revelation triggered by the SEYMOUR+ space, that I would transcribe their discovery, the image uncovered during their time there, on their skin.”

Raphaële has also collaborated with Melissa Unger on the creation of a site specific interactive installation that will be on view at SEYMOUR+ from March 24th to June 21st 2017.

This project will invite the public to answer the question:

If the universe inside you were to be contained in just one symbol, what would that symbol be?

If they chose to do so, they can then go further by making an appointment with Raphaële to have it tattooed on their skin.


Raphaële Cellier was born in France. Her heritage is French, with traces of Ashkenazi, and some Spanish anarchist roots. She grew up in the Paris area and started out in literary studies before turning toward art and attending ENSAPC (École d’Arts de Paris-Cergy) from which she graduated in 2012.  Every chance she gets, she travels; to Peru, Asia, long stays in China and all over Europe. She is fascinated by the many different ways one can see the world, and equally curious about her own ‘otherness’.  For the past few years she has developed an interest in holistic and energetic medicine, and as a result, her tattoo practice is nourished by both her arts background and her vital interest in caring for others.